"A Bowl Full of Happiness" is a forthcoming anthology of comic art devoted to Sea Monkeys, with all proceeds going to benefit the Hero Initiative. The project is run by members of the Sunday Comix cartoonist group. Anyone interested in submitting a one-page comic, featuring theses delightful creatures is welcome to paticipate!

A Brief History of Sea Monkeys

What could be more fun than a barrel full of Sea Monkeys?
An entire comic book anthology filled with comics and cartoons devoted to those iconic creatures which have been burned into our collective pop-culture consciousness by that ever-enterprising marketing master, Harold von Braunhut! 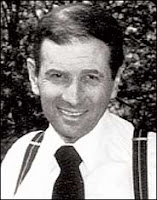 Mr. Harold von Braunhut is the man behind the marketing of Sea Monkeys, as well as many other comic book advertisement favorites like X-Ray glasses, "invisible goldfish" and Amazing Hair-Raising Monsters, in which a user adds water to a card and watches hair grow on the previously bald pate of the monster depicted.

So, who was von Braunhut and how did he go about filling children's heads with dreams of being lord and master over a miniature colony of aquatic simians?

In 1957, von Braunhut noted the popularity of ant farms among children and came upon the idea to  create a product he called “Instant Life.”  The product he was actually packaging and selling was a type of brine shrimp that evolved to survive and flourish in salt lakes and flats that sometimes dry out.  The shrimp eggs can go into a form of suspended animation called cryptobiosis and survive a drought quite nicely.  When the water returns, these encysted eggs are able to hatch, allowing the life cycle to continue.  That handy feature made them not only excellent candidates for shipping through the mail at any time of the year but also led to some delightfully fantastic claims.
This type of brine shrimp had actually been for sale in pet stores long before von Braunhut stepped into the game, but they were sold as pet food.  Von Braunhut’s genius lay in reimagining this fish food into pets in their own right.  This isn’t as easy as you might think.  Before he could begin marketing these amazing little creatures as pets, he worked with Dr. Anthony D’Agostino, a marine biologist, to perfect a way to recondition tap water into a suitable environment for these creatures.
In 1962, von Braunhut renamed his product Sea Monkeys and began a massive ad campaign in the only medium he could afford – comic books.  He blanketed the industry with ads.  He once said “I think I bought something like 3.2 million pages of comic book advertising a year.  It worked beautifully.”  That they were neither monkeys nor from the sea was unimportant – von Braunhut marketed them as playful, trainable creatures that would spring instantly to life, dancing playfully and gliding in formation.
When artwork created by Joe Orlando, envisioning the Sea Monkeys as happy humanoids living in an undersea castle, sales of Sea Monkeys soared.   von Braunhut’s brilliant marketing plan not only created a whole new pet craze but left us with some wonderful bits of cultural flotsam.    Sea Monkeys are part of our pop culture, getting mentions on TV shows as diverse as South Park and Desperate Housewives.  There are books and web sites devoted to Sea Monkeys, as well as video games and slot machines featuring them.  There as even a short-lived Saturday morning show called The Amazing Live Sea Monkeys, which aired from September 1992 to August 1993.  They’ve even travelled to outer space – John Glen took Sea Monkey eggs with him in 1998 on the space shuttle Discovery.  They hatched promptly when returned to earth and put in water, unfazed by their exposure to radiation, weightlessness and the gravitational force of re-entry.
Amazing little creatures, aren’t they?
Posted by Canada at 7:34 PM

Email ThisBlogThis!Share to TwitterShare to FacebookShare to Pinterest
Labels: History